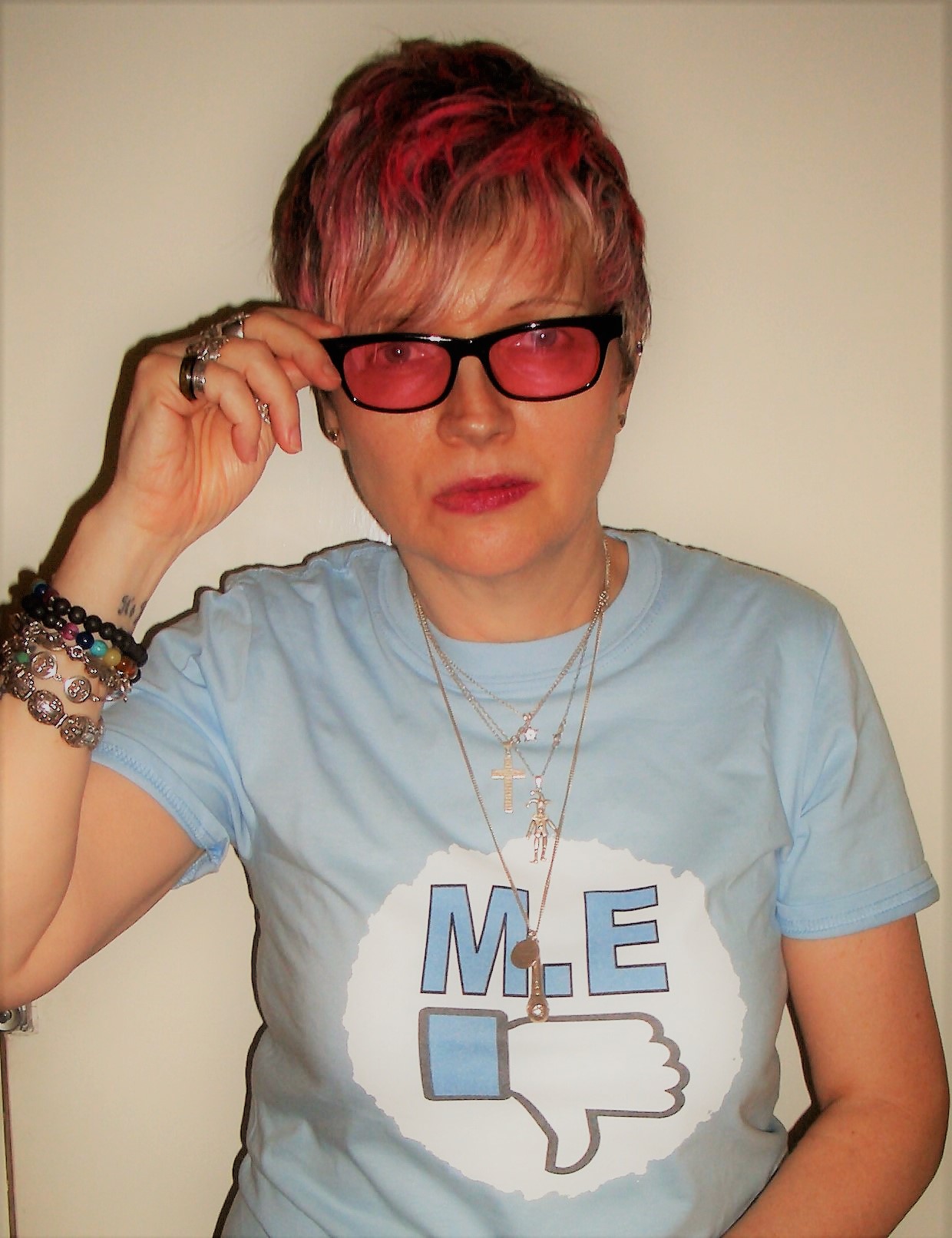 Stacy  is an M.E sufferer with real talent. When diagnosed with M.E 30 years ago, doctors told her that any chance of a music career was well and truly over but she didn’t let it discourage her, and while bed-bound for two years she  released “Raw” a 13-track rap/hiphop demo album on an old 4 track recorder balanced on her lap. She  also entered and won a competition to write a song for Victoria Beckham on Channel 4’s Richard and Judy.

This positive feedback encouraged her back into the studio where, taking 5 years due to poor health, she worked with producer Shane Shanahan on her next album ‘Nobody wants to know ya when ya Nobody’ and dedicated a track on the album to raise awareness of M.E by reworking the classic Ann Peebles  “I Cant Stand Tha Rain”.  She has gone on to record an E.P “Runnin On Empty”  a number of singles and continues to show her support for  the Let’s Do It for ME campaign with radio interviews on Vibe 107.6 and  BBC Introducing  & has raised further awareness for Invest in ME Research and the proposed Centre of Excellence for ME.

She also wrote and released a second M.E track  “Don’t Say Nuthin If It Ain’t Worthwhile”  which again recieved main stream radio play and  despite it being a struggle Stacy made it in to the studio to promote the track.

Stacy says, “Obviously I’m devastated that M.E has stolen so much of the life I’d hoped for. It’s like a daily grief you have to learn to live with, moaning and wallowing  certainly won’t change anything. I didn’t get a choice or an invitation to ill health, but I do have a choice as to how I handle it. I know alot of people in the public eye won’t admit they have M.E for fear of it affecting their career, and while I understand that, I refuse to stay quiet because I feel it does all those with invisible illness a disservice, so while  I can still speak out and use creativity to raise awareness that’s what i’m going to do,  and of course, I’m honoured to be part of  the Lets Do It For ME!  team.”

In her latest efforts, Stacy has created the “Thumbs Down To M.E”  campaign/logo  which can be found over at her Merch store and where 100% of the profit will be donated to Invest In ME Research.

There’s also the original Runnin On Empty gauge, plus other music designs where 50% will be donated to Invest in ME Research.  All available at the Dizzyjam store.

Below are all Stacy’s Music , Videos & Free downloads to help raise awareness and a performance of her poem One Stupid Dot.

Me and M.E, Same Letters Separated By A Dot
One’s Who I Am, One’s What I’ve Got Oh I’m Still Me, There’s Just A Dot Inbetween
But It’s A Dot That Can Stop You From Living A Dream
It’s A Dot That Separates The M From The E
And While It’s Sat There It’s Hard To Be Me
The Me That  I Was In Healthier Days
Before The Dot Came Forcing The Parting Of Ways
I’m Nothing As M And Empty As E
But Side By Side Again I Could Be Me
That Dot Has Got Alot To Explain
How Can Something So Small Cause So Much Pain
So Much Devastation Be Endlessly Cruel
It’s Just One Stupid Dot After All?
Why Does It Have To Be Stuck In The Middle
Causing Complex Symptoms That Read Like A Riddle?
I Have To Believe That Just As It Came
That Dot Will Mysteriously Vanish Again
Every Night Before Sleeping  I Hope And I Pray
That I’ll Wake Up As Me Without A Dot In The Way.
©R.O.E