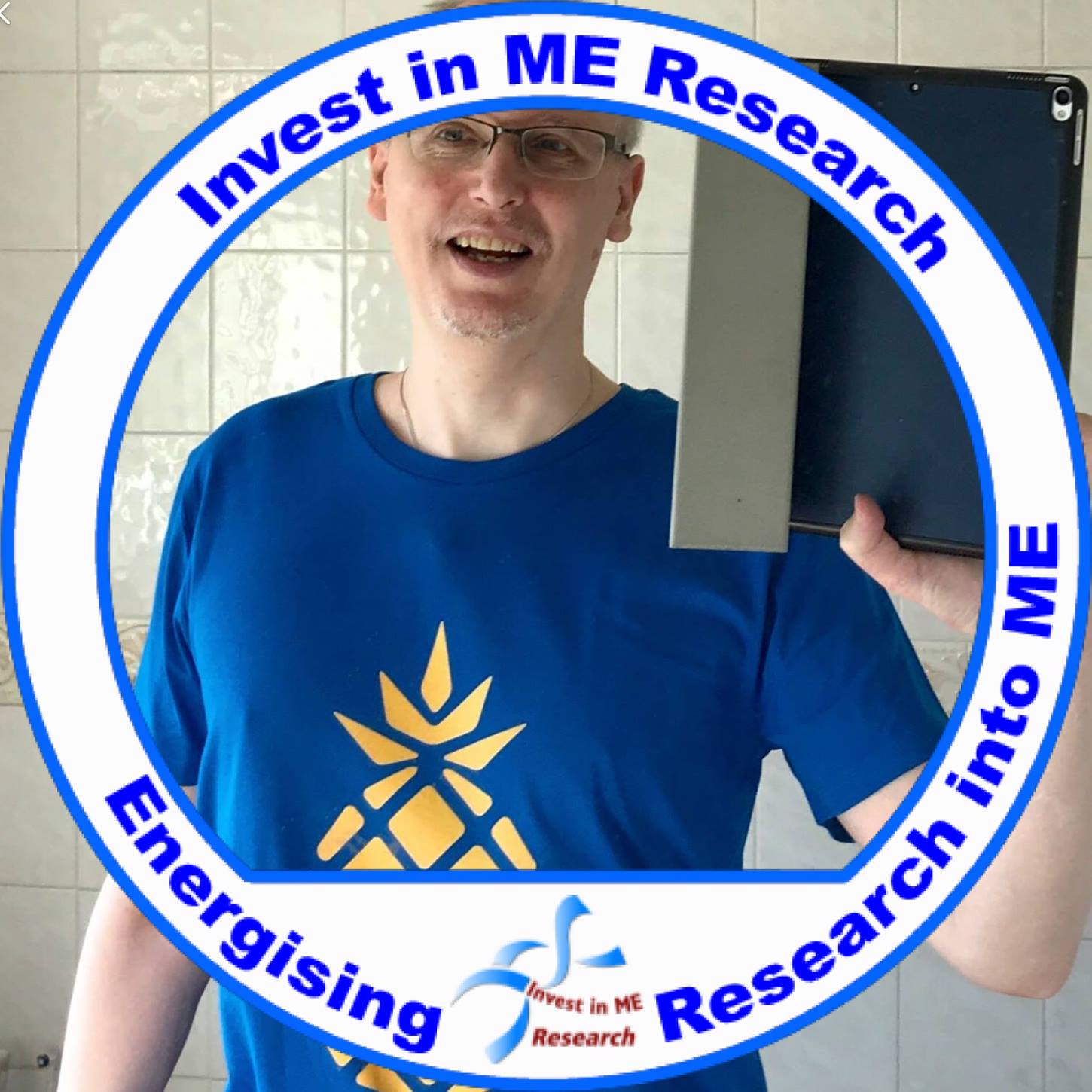 We have a very generous anonymous double matching offer up to £1000 in support of Invest in ME Research. Don’t forget to add gift aid if you are a U.K. tax payer. Facebook pays all the processing fees for you, so 100% of your donation goes directly to the charity.

Invest in ME Research is an independent UK charity facilitating/funding a strategy of biomedical research into Myalgic Encephalomyelitis (ME or ME/CFS) and promoting better education about ME. The charity is run by volunteers – patients or parents of children with ME. No paid staff & all work is performed for free. We are a small charity but with a growing number of supporters with big hearts and determination to get the best possible research carried out to find the cause of ME and develop treatments.

Big thanks to the generous matching donor and to you all for your support! 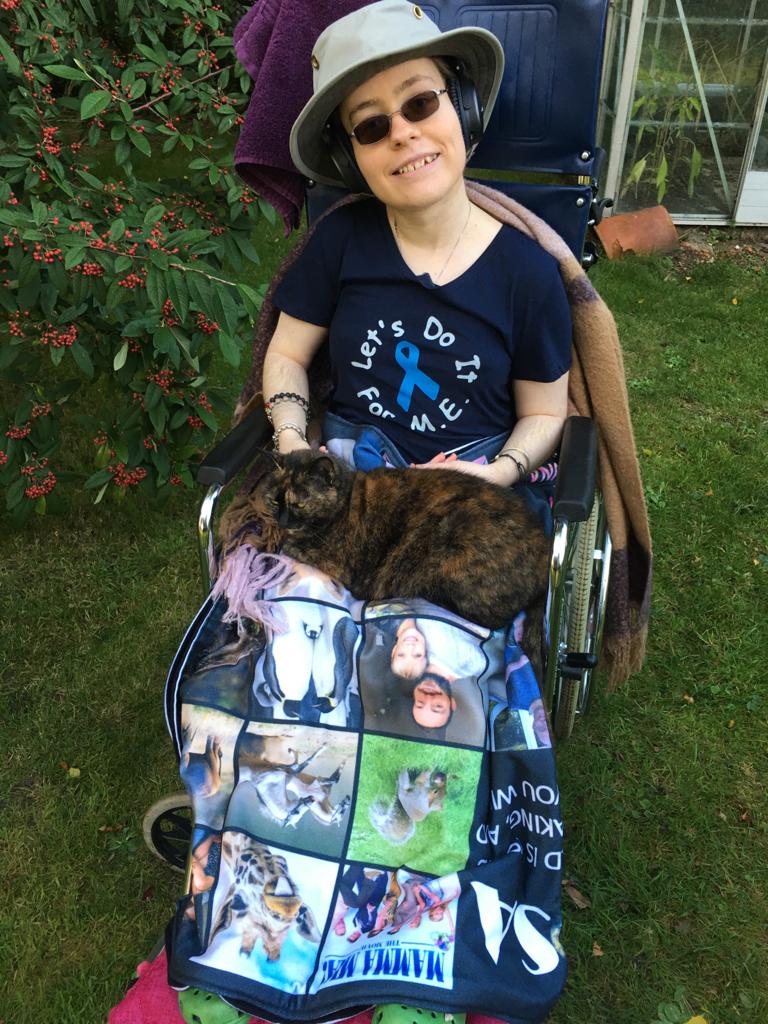 Happy 30th Birthday to our very own Rosalind Amor and thank you for all your support!

Rosalind’s 10th anniversary of Let’s do it for M.E/30th birthday fundraiser
is on Facebook and JustGiving

It is difficult to believe it’s now ten years since I private messaged ‘Ricardo’ on Foggy friends, the M.E chat room site, offering to support the newly established ‘Let’s do it for M.E’ campaign. The campaign was aimed at mobilising M.E patients to raise funds for biomedical research into M.E, with the long term objective of establishing a Centre of Excellence for ME in Norwich research park. This Centre of excellence, if it was created, would facilitate clinical examination of patients, translational biomedical research and education for medical professionals. The initial fundraising target was £100,000.

The exotic sounding ‘Ricardo’, who turned out to be our very english teddy Paul ‘bear’ Kayes, invited me to join the Let’s do it for M.E planning group on Facebook. It is extraordinary to reflect on how much I’ve done, experienced and gained since then. I’ve crocheted wristbands, set up a recycle for charity scheme, held a 21st birthday fundraiser, numerous competitions and sponsored events, done a stint as a Let’s do it for M.E blog author, been on television, even met my soul sister!

With the support of Let’s do it for M.E, Invest in M.E Research has gone from strength to strength. We succeeded in raising the initial £100,000. This was used to fund the first PHD student to kickstart the gut microbiota research project. Since then, Invest in M.E has continued to undertake research projects into the gut as well as into B-cells. IiMER now has five PHDs under its belt. The foundations needed for the Centre of Excellence have been laid. Hopefully this will soon become a full reality.

You may be wondering why so much research into the gut? The simple answer is that the gut is the gateway to the immune system. The gut plays a major role in the functioning of the immune system.  This is a fact that has only recently been discovered and even the basics are still yet to be fully understood. One of the reasons the gut plays such an important role in the immune system is because it contains a huge variety of different species of bacteria and viruses. Some of these bacteria are ‘friendly’ bacteria which helps you digest your food. Others are not so friendly. All influence your general health and ability to fight off disease. One of the seemingly common triggers of M.E is an initial infection or virus from which the patient doesn’t recover. It’s possible that changes in the gut microbiota could contribute towards patient’s inability to recover. Such changes to the gut microbiota could also cause local and systemic inflammation. This could explain the inflammation of the brain and spinal cord that has been found in the post-mortems of M.E patients.

Based on their ongoing research into the gut, IiMER are now proposing a clinical study of the effectiveness of feacal (poo) microbiota transplants as a potential treatment for M.E. Feacal microbiota transplants literally involve replacing the existing microbes in your gut with someone else’s friendly ones. This is of particular interest to me. A feacal microbiota transplant has been recommended to me as a therapy by both my specialist consultant and my best M.E friend. My M.E was initially triggered by a virus whose symptoms were very high temperature, nausea and vomiting (including on water). Although it’s never been discovered exactly what virus this was, the symptoms suggest it was a type of viral gastroenteritis (gut virus). Unfortunately I’m not able to take part in the clinical trial as you have to have been diagnosed for less than fifteen years in order to participate and I’ve been diagnosed for 21 years. However I’m hopeful about what the outcome could be. I appreciate that having someone else’s poo syringed down your nose isn’t the most appealing of treatments. However a recent study performed in a single centre in Australia has reported significant clinical improvement in over 70% of it’s M.E patients.

Recently IiMER pledged a further £650,000 towards M.E research which would include the cost to cover this major treatment trial. Some of the money for this pledge will almost certainly need to come from ordinary people crowdfunding. Since Let’s do it for M.E’s inception ten years ago, it’s become a movement with many schemes and people participating. We’re always keen to welcome new supporters however. From raising funds for free whilst shopping online to doing a sponsored marathon and everything in between, there’s something for everyone to get involved with. Check out https://ldifme.org/ for more information.

On a personal note, I’m fortunate to be able to say that my health has improved since my 21st birthday fundraiser. I’m now living in my own home with Madame Pickle (my cat) for company and can eat proper food, rather than being tube-fed. I am able to use a wheelchair, have completed a Open University access module and am just starting a level one module this autumn. Having said all this, my life is still far from being like that of a healthy twenty-nine year old. I hope I will continue to recover but, having already experienced severe relapses, it’s a fear that’s always there.

Because of this, once again I’m asking for donations for my 30th birthday, as I did my 21st. The greatest gift I could ever be given would be to live a healthy life again, unhampered by fear of relapse. IiMER is the best chance I’ve got of receiving such a gift. Plus, it’s also the 10th anniversary of the founding Let’s do it for M.E, which is something that definitely needs celebrating! So please join me in offering a toast, pulling party poppers and, if your finances allow you, giving a donation to continue supporting this vital work.

From Rosalind’s 10th anniversary of Let’s do it for M.E/30th birthday fundraiser
on Facebook and JustGiving

Thank you for your support! 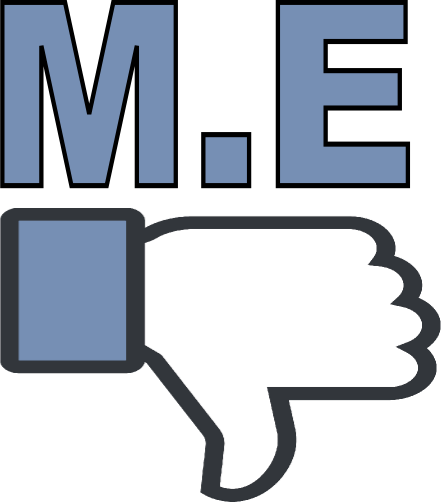 With everything that’s been going on in the world It seems M.E awareness month has not only arrived, but also overtaken us before we’ve had time to organise all the usual awareness, fundraising events and shenanigans that we love going on. However, thankfully there is still plenty of you out there waving the flag of awareness and doing some wonderful things that we mightily appreciate. As for doing my own bit? I have to admit that not knowing my Saturdays from my Tuesdays or my Mays from my Decembers or my breakfast from my Supper right now, the M.E awareness month hit me before i realized. I had been working on the “Thumbs Down To M.E” design and campaign at the beginning of the year but forgot to put it out, thats M.E Foggy head for ya? There are T-shirts and Hoodies & Totes that can be purchased from my Dizzyjam store and 100% profit from this design will be donated to Charity: Invest In ME Research

Also Jo Best has kindly updated my Mama Chill /Runnin On Empty awareness page so that, you can now download the M.E awareness tracks, & watch/share the Youtube videos all from that one page, and you can see them all here including the link to the Merchandise store Mama Chill

JUNE UPDATE: You did it again! Well done and thank you!
Read about it here: investinme.org/IIMER-Newslet-20601eccles.shtml

Please nominate Invest in ME Research (charity number 1153730) to help them win £1,000 in the 2020 #MovementForGood Awards: movementforgood.com/#nominateACharity

Nominations are open from 6th May to 24th May.

Winners will be drawn at random. The more nominations for Invest in ME Research the greater the chance of them being selected. Entrants must be 18+ years. Only one nomination per Entrant is permitted so please share widely.

Hopefully, good timing to share as May is ME Awareness Month.

Mark Hews, Group CEO of Ecclesiastical, says: “We’re delighted to announce the launch of Ecclesiastical’s Movement for Good awards for the second year running. The coronavirus is having a major impact on charities and many are facing financial difficulties. Our Movement for Good awards will continue to help charities at a time when they need it most and we know that for many charities, £1,000 can make a real difference.”

Let’s Do It for ME is run by patients supporting Invest in ME Research.

Invest in ME Research is an independent UK charity finding, facilitating, and funding a strategy of biomedical research into Myalgic Encephalomyelitis and promoting better education about ME.

Invest in ME Research is run by volunteers – patients or parents of children with ME – with no paid staff. Overheads are kept to a minimum to enable all funds raised to go to the charity’s work.

“We are a small charity but with supporters who have big hearts – and a determination to get the best possible research to be carried out to find the cause of myalgic encephalomyelitis and develop treatments.”

The charity was among the lucky winners last year thanks to your nominations and spreading the word. Let’s hope we can do it again.

Thanks to Ecclesiastical for this opportunity.

40 x £1k Fundraisers Challenge for Invest in ME Research

Our 40 x £1k Fundraisers Challenge aims to raise £40,000 to reach the milestone of £1,000,000 raised and pledged for Invest in ME Research for the charity’s Centre of Excellence biomedical research programme and medical education projects for ME (Myalgic Encephalomyelitis).

Any individual, group, team, company, is welcome to join in.

There is no pressure at all to reach your fundraising target.

Simply contact us with the link to your fundraising page or event and we’ll add it to our 40 x £1k Fundraisers grid and share on social media.

Let’s Do It for ME is run by patients supporting Invest in ME Research and helping to crowdfund the charity’s Centre of Excellence for ME projects.

Invest in ME Research can provide fundraising aids such as their charity collection boxes, wristbands, T-shirts, posters, banners, as well as leaflets and other awareness or informational materials.

We’ve set up our own £1k target fundraising page on JustGiving and a team page which you’re welcome to join.

Here are the details if you wish to send your donation to Invest in ME Research by cheque or bank transfer.

Let’s Do It for ME is run by patients supporting Invest in ME Research and fundraising for the charity’s Centre of Excellence for ME projects.