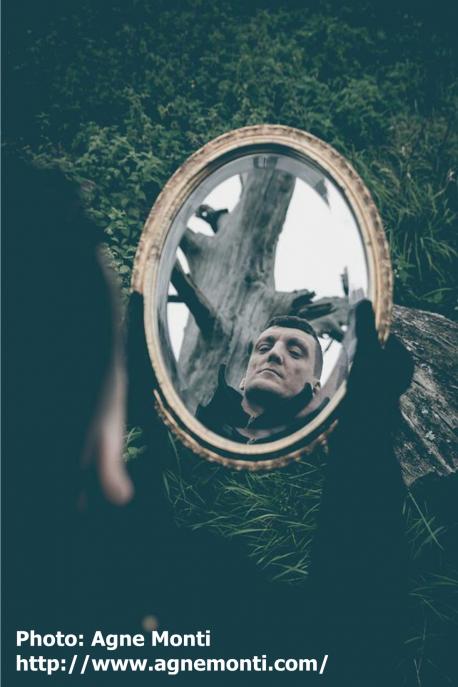 “It’s not every day you get to interview a bloke called Skopje…………” wrote Stacy Hart in her weekly column at the Watford Observer. She went on ..

This week I’ve brought my M.E and local section together for one M.E-tastic Supersection because I had the absolute pleasure of interviewing the local multi-talented human being that is Skopje , Accoustic folk artist & photographer who like me also suffers with Myalgic Encephalomyelitis (M.E). I usually find there’s a story behind how people adopt their names, and I enjoy hearing them so that’s the question I started with……and he didn’t disappoint :

SKOPJE: At 17 all my mates were buying cars so the hopes of a lads holiday went out of the window. I was working as an assistant film editor at Filmfair at the time, the childrens animation company that bought us gems like The Wombles & Paddinton etc….

A new girl offered me to go inter- railing with her and her friend and I agreed but within an hour of arriving in Rome the girls went off leaving me by myself and then hooked up with two Canadian guys who they bought back to the room we all shared. It was an uncomfortable situation and the next morning we literally tore the Map and guide book in half and went our separate ways.

I had always wanted to go to the Greek islands, so I set off, terrified, shy, young, it was my first holiday, but there was no way I was going back to the Uk with my tail between my legs. I got down to the very bottom of Italy close to midnight, and the boat was going in ten minutes….. There were two dotted lines on the map that left Italy, I presumed they both went to Greece, but the girls had that part of the map….so I just got on the boat, and hoped for the best.

However the boat ended up arriving in a desolate mining town in communist Yugoslavia, on a bank holiday and I was left mightily fearful, I only had Italian lira on me so I hitchhiked for a day and a half, living only on a crust of bread and some off yoghurt drink that someone gave me. Eventually I arrived at a huge city where I was able to catch the train to Greece. But the lone journey changed me mentally, all of my worst fears of travelling had happened on day three, but I’d got through it, and so I ended up losing all of my fear…The name of that town was Skopje.

STACY: So how did you get into Music?

SKOPJE: I started writing and recording songs at 13 on a boombox with dual tape decks, I would get albums out of the Library by chance based purely on their picture covers, knowing nothing of the music, and the two albums that shaped me were Brian eno, “Ambient 4 on land” and Sparks “No 1 in heaven” synth album.

I was also into Thin Lizzy, Fleetwood mac and Suzi quarto via my dad’s vinyl collection and heavily into Abba which I still love to this day.

SKOPJE: It was five years after getting M.E, I hadn’t been playing due to poor health. I just happened to leave a comment on Slaughtered Lambs Myspace site. It was one of the most prestigious acoustic venues at the time. They seemingly checked out my music and offered me a gig. I was so ill, but it became my focus. M.E robs you of everything and leaves you clinging onto any chance of tasting normality even if it’s for a short while. I did the gig and got back into music again which changed my life. It just means I suffer the consequences afterwards, as others who suffer it will know.

STACY: I’m absolutely loving your photography, Your photos have life & depth to them, so what’s with Skoptagraph?

SKOPJE: Thanks, I’ve always done photography since childhood. I was accepted on a film or photography placement youth training scheme back in the 80’s….and I chose film. So it kind of feels like I’m going back to the start of my life again, kind of a re-boot. I still have a huge amount to learn which I’m doing by watching youtube videos at the moment.

I want to do something special with photography. Same as music, I share the view that technical perfection is unimportant, but I want to move people somehow. Ideas are always better than the immaculate. But I have a long way to go.

STACY: I know this next question is extremely difficult for you because you don’t like talking about it, so firstly thank-you for agreeing to answer it….M.E?

SKOPJE: M.E  is something I do my best to ignore even though that’s physically impossible, it is something of a huge frustration. I intended on spending the festive period learning flash photography/portraits and also building a website. Instead all I was able to do was lay flat on my back on the floor in a house on my own for seven days.  To say it’s tough having to live with a chronic physical illness that blights every decision is an understatement. I often have ideas but not the physical energy to get the camera out…..Yes, the word I would use is frustration.

To check out skopje’s music : https://soundcloud.com/skopjemusic

Last but certainly not least I’d like to give a  big shout out of thanks to local company Galderma in Clarendon road.   I was contacted by Vyvyan Weltiner to say that during the year the company often replace bits of office equipment, they sell the old equipment on and at the end of the year they donate  the money made to charity and having followed my Watford Observer column and read about the M.E Charity I support , this year they have chosen to split it between Invest In ME for those suffering with Myagic Encephalomelitis  (M.E)  &  also The MS Society for those suffering with Multiple Sclerosis each receiving £750 .

I’m so thankful & absolutely thrilled, as I’ve stated in past columns I’m so extremely proud of Invest In ME, because as a charity run by a small number of volunteers that has no salaries they really are leading the way. They believe every penny should go where it’s meant to go & that’s not in individuals pockets. This, I believe is how all charities should run, but that’s a whole other column. £750 is a huge amount and every penny donated really does help to make e a difference, you can see for yourselves just what this small unsalaried charity have achieved and are achieving.

(The above was originally posted at http://www.watfordobserver.co.uk/news/columnist/14191335.Runnin_On_Empty__A_Bloke_Called_Skopje/?ref=fbshr
and is reprinted here with kind permission from Stacy Hart and Skopje.)